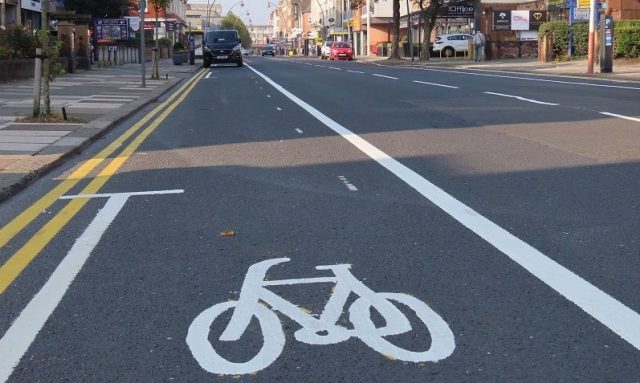 Sefton Council’s ingenious idea to paint cycle lanes over the bits of Southport where rates-paying small businesses’ customers used to park seemed briefly justified this morning, as one was momentarily used for the first time in eighteen months by someone on a bike.

However, before our reporter could get a photo, the adventurous pedallist popped back on to the pavement to jump a red light and knock over a granny or two. He then spent the next few miles in the middle of the road with some bi-wheeled friends, generally chilling, being cool by not holding onto the handlebars and occasionally flipping car wankers the middle finger.

According to the Office for National Numbers, this morning’s developments show that the new cycle lanes are a bargain – at a cost to Sefton’s taxpayers of only £87,000 and four closed businesses per metre cycled on one. Furthermore, the reduction in Southport’s emissions, a whopping 3 cubic inches of CO2 per annum, will surely be regarded by historians as a significant turning point in the world’s struggle against climate change.

We are sure this news will encourage Councillors to finish off all the leftover tins of paint on a few more of Southport’s formerly bustling streets.