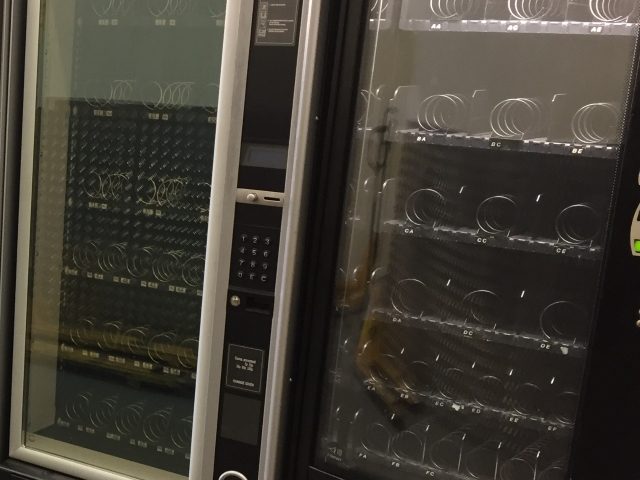 Masterchef may have been on the telly for almost thirty years, but they’ve been pretty much wasting their time, according to people of a certain age from Southport in Merseyside.

This is because no fine dining establishment could ever possibly hope to surpass the gourmet fare that used to be available from the vending machines in the old swimming baths in Southport.

“You can shove your braised cock’s wombles on a bed of cous cous in a jackfruit jus where the sun don’t shine.” Local connoisseur Wayne Rimmer told us. “I’d rather have scalding chicken soup or hot chocolate out of a plastic cup too hot to hold and a Dib Dab or Lion Bar (when they used to be massive) from the machine.” he explained. “And I’d have change from 50p.”

Undoubtedly, memories of the ambiance play no small part in fueling the chlorine-tinged nostalgia of older Sandgrounders; that warm, cosy feeling of being showered, dried and dressed while everyone else was still swimming; wrinkly fingers and stinging eyes; sitting god-like up on the first floor watching kids dive-bombing and fat blokes belly-flopping through the viewing windows. How could any amount of Michelin stars beat that?