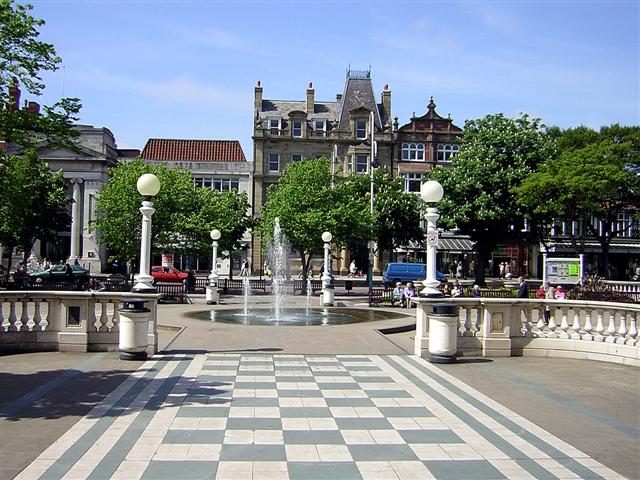 From it’s classy Victorian heyday, barely clinging on to mini Blackpool status in the late 20th century and on to to its present day irrelevancy – there’s no denying that Southport has gone downhill a bit over the last couple of hundred years.

But, let’s face it, if you’ve ever been to other places in Britain – or even worse, abroad – you have to admit that most of them are abject hellholes compared to our cosy little town.

So yes, Southport might be a bit shitter than it used to be, but if you read our responses to the most common complaints about the place, we’re sure you’ll fall in love with it again.

1. You can’t park for free or cheaply in town

Yes you can. Park on the Ocean Plaza and walk over the bridge – it’s only a couple of hundred yards for god’s sake. Or park on the ASDA – they’ll refund your pay and display ticket if you buy a bit of milk and bread when you get back. Again, about a five minute walk into the town centre, you lazy, moaning bastards.

2. The beach is covered with grass

Yes, yes it is, you’re quite right. But at least we’ve got a beach, so shut up your whinging. Would you rather live in some ex-industrial shithole, with no coastline at all and nothing to look at but derelict factories and antique slag heaps?

It isn’t really is it? We had a bit of an influx of mainly central and eastern Europeans a few years ago and they seem to have settled in just fine. Besides, have you ever actually met any British people? I’ve met loads. Bunch of twats, the lot of them. Give me a few more Romanians or Poles any day.

If you’re a full-time, professional racist, look on the bright side. Most of our immigrants have been white, so at least your plans for a master race, or whatever, shouldn’t be too inconvenienced.

Any person who desires power is the last person who should be trusted with any. Therefore, by definition, all politicians are wankers.

If you really think your life would be noticeably better with local wankers running things, instead of wankers from a few miles away, you need your head testing.

You can’t buy a shoe box down south for less than a million quid now. So stop moaning, buy a two-up-two-down in High Park for a hundred grand and pretend you live in Churchtown like everyone else.

6. All the stuck up snobs

There’s no denying it. Southport’s favourite pastime is keeping up with the Joneses. The place is chock full of people up to their eyeballs in debt pretending to be a cut above everyone else – especially Scousers.

You probably know, deep down, that this lunacy is endemic to the human species, not just our little corner of the world. Take solace in the fact that – even if we manage to merge with technology, transcend our mortal bounds and spread our bullshit across the universe – the sun will eventually die and all of us, even the snobs, will suffer the same cold, miserable fate.

7. There are too many charity shops

You know damned well that every town is like this because the high street is fucked. Just be grateful you don’t have to drive all the way to the tip to get rid of the crap you don’t want anymore.

And all the old dears that staff these places – where do you want them to go? Sat alone and forgotten in a house they can’t afford to heat? Do you? Really? Heartless bastards.

An average Londoner now gets stabbed at least three times a day. Go and live there if you don’t like it here.

8.5 …Because there’s nothing for them to do

In my day, we could happily pass an entire six week summer holiday just kicking a ball at a wall. These lucky bastards have got X Boxes. I’d have given my left nut for an X Box, so what are you on about?

We’ve got pubs and a few bars. And you’re getting on a bit for all that nightclub malarky now anyway. Everyone knows that anyone over the age of 23 hanging round nightclubs is basically a creepy perv. Get Netflix and a blanket and start acting your age, loser.

10. It’s difficult to commute from

Our transport links are piss poor. But this is a blessing in disguise. Jobs are overrated and rarely worth travelling for. And, as we have discovered, everywhere else is even shitter than Southport, so why would you want to leave?