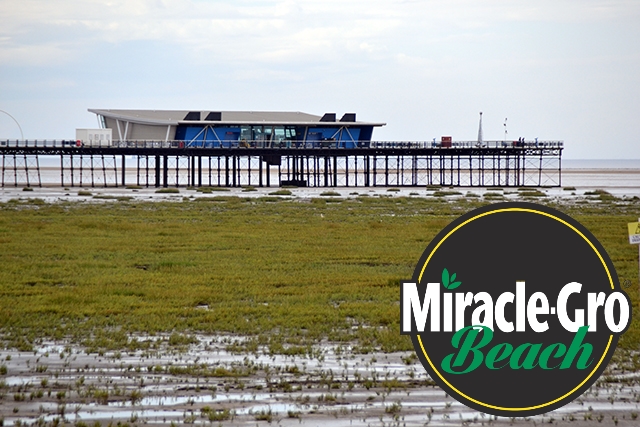 The Southport Times can exclusively reveal that Sefton Council have sold naming rights to Southport Beach to the lawn fertiliser company, Miracle-Gro for around £3m.

From next month, our once golden coastline will be be officially known as ‘Miracle-Gro Beach’.

“It is the type of deal usually done with sports stadiums.” Miracle-Gro spokesman Bill Rimmer told us today.

“However, I was on a day out in Southport earlier this year, when my wife pointed out that your beach was greener than our back garden.”

Rimmer also announced that his company were hoping to sponsor sports events on the beach.

“Southport is a unique opportunity for us.” He explained. “Where else could we hope to find such great large grassy playing surfaces so close to the sea?”