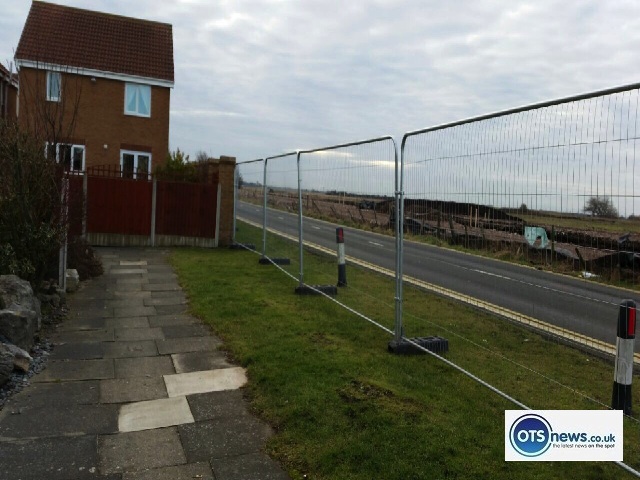 Health officials have stepped in to completely fence off the Kew estate in Southport from the outside world, it has emerged.

We understand that the World Health Organisation, has identified the estate as the epicenter of a national outbreak of sexually transmitted diseases. They are particularly concerned about the emergence of a virulent infection known as ‘Kew Chlamydia’.

Dick Withers, head of infectious diseases at the WHO, told us that Kew presented several unique challenges.

“In most outbreaks of STDs we see promiscuity amongst the young as the main factor,” Withers explained. “However, with the Kew estate, the UK’s so-called ‘capital of swinging’, we have found that the older demographics just don’t seem to be able to control themselves.”

“The estate used to be fairly civilised,” Withers continued. “But for some reason it has become a hedonist’s utopia – a real den of vice and iniquity.”

“Obviously we can’t keep allowing them to spread the fruits of their depravity to the rest of the country. Most importantly, we can’t let them get on planes to go on holidays. With a few drinks in them and a bit of sunshine, Kew residents are totally uncontrollable.”

According to our sources, the WHO were alerted to the Kew problem by the arrival of an adult film crew dressed as builders. Apparently, they were planning ‘knocking up a few new cul-de-sacs while the husband is out at work’.

Sefton Council have told us that the quarantine will be in place for around 77 weeks. In the meantime, food, medicines and most importantly, large quantities of condoms will be provided by airdrop.