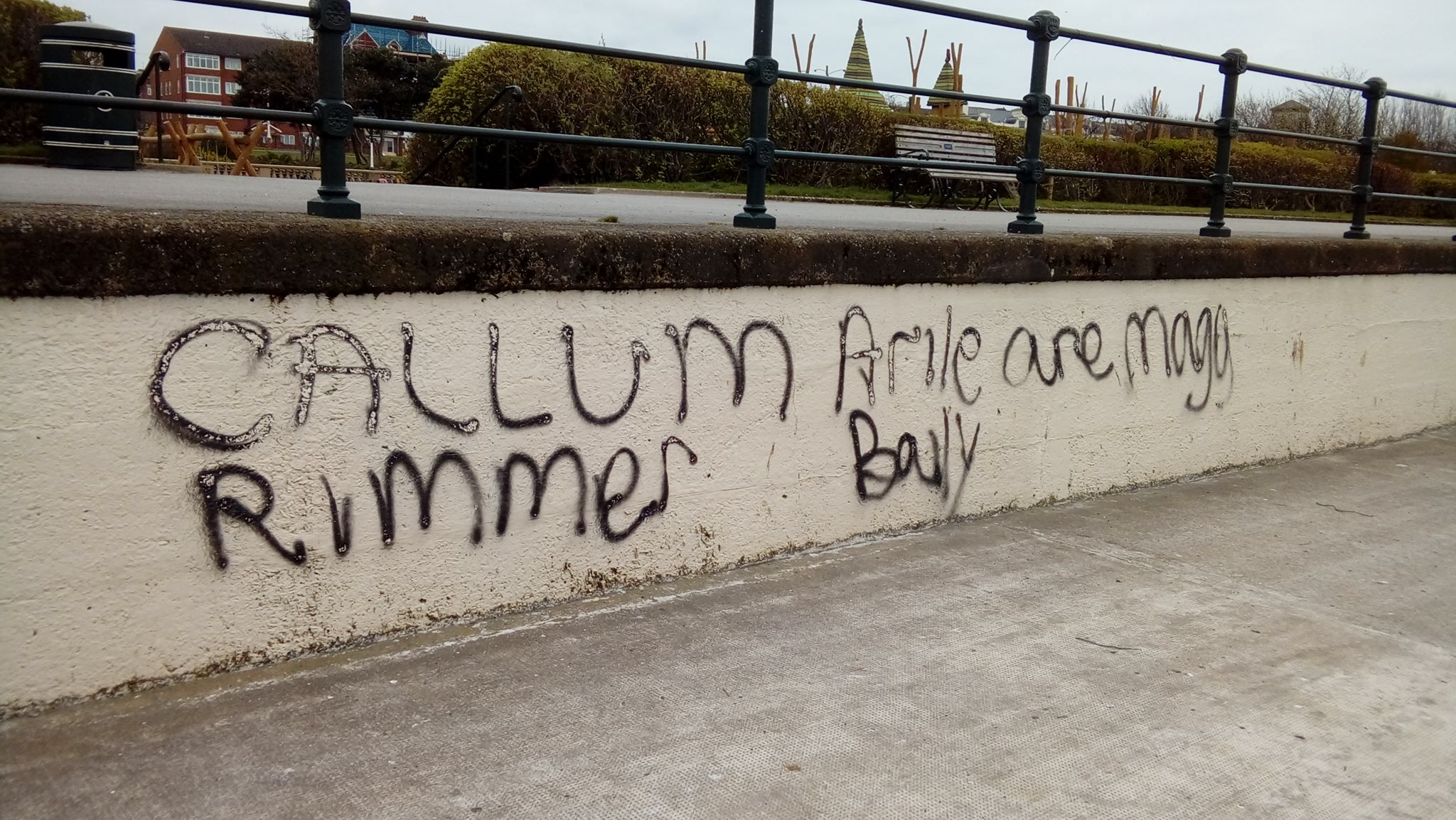 Grafitti masterminds struck the seaside town of Southport in the early hours of this morning, leaving the town completely baffled as to who could be responsible.

The mysterious spray-painting prodigies’ closely-guarded ananomity has even led to comparisons with the famous street artist Banksy.

Areas around the Marine Lake were daubed with a seemingly random smattering of names and nicknames overnight. Presumably the towering intellects responsible ran out of paint before they could add addresses, dates of birth and national insurance numbers.

We spoke to local resident ‘CR’, who suggested that the vandals had probably come into the town from far, far away because nobody would be stupid enough to do this kind of thing close to where they lived.

“Besides, who ever heard of someone from Southport with the name Rimmer.” He added.

Meanwhile, Merseyside Police have reassured locals that if the suspects drove too quickly through a speed camera on the way home, holding up a sign saying, “We did the graffiti by the Marine Lake,” there is a small chance that they may be brought to justice.