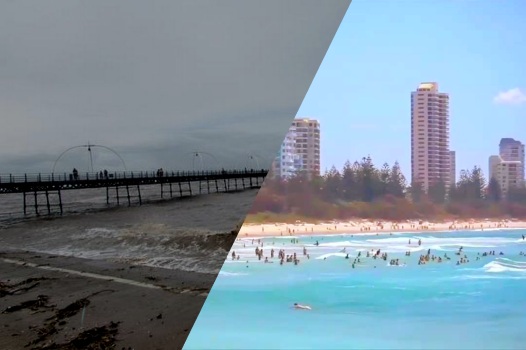 It has emerged that there is another Southport – in Australia, on Queensland’s so-called ‘Gold Coast’ which is like a much, much shitter version of our seaside paradise.

We spoke to Southport Tourism chief, Dick Withers, who told us that our counterparts down-under had to endure horrendous conditions.

“For a start it’s hot and sunny almost all the time. It’s just awful, it rarely drops below twenty degrees.” Withers told us. “And it’s not like our Southport, where you can just nip into one of our many magnificent pound shops to escape the weather. They have to make do with these massive air-conditioned shopping centres.”

We understand that employment prospects are also tough in the Aussie Southport. They are forced to survive on jobs in the baking sunshine in the huge retail and leisure industry, or in the skyscrapers of the modern business district with it’s la-de-da modern public transport infrastructure. It is our hope that after people have read this article and seen the plight of our Australian friends a charity might be set up to make it easier for them to emigrate here to work in our booming pound and charity shop industries.

“The worst thing about the other Southport, is that there’s just nothing to do.” Withers explained. “It’s so sad.”

If any residents of Southport down-under happen upon this article, we would like to offer you our deepest condolences. It is only by sheer accident of birthplace that you are missing out on our idyllic green beaches and refreshing year-round drizzle.